5 PR Stories that got us talking this week

From floating monkeys, the BBC’s recipe for disaster to David Beckham joining Sine Qua Non (yes, really!), Stuart Owen (@stu_owen_auto) looks back at the PR stories that have made the headlines this week. 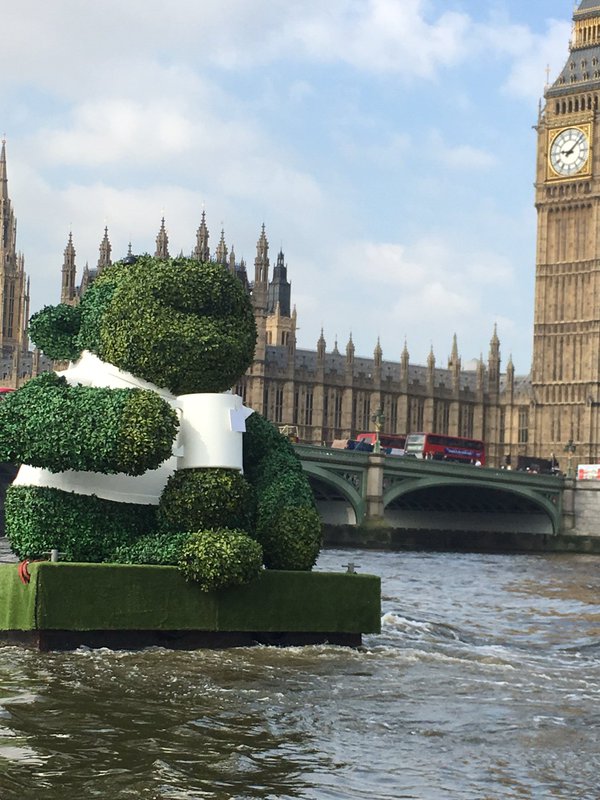 Monkeying around on Monday

The week started with something floating down the River Thames. It wasn’t a message in a bottle, nor was it another outlandish tourist boat; it was… an oversized green monkey! That’s right; PG Tips floated the six-metre-tall statue of their infamous monkey down the Thames to raise awareness of a ‘green paper’ report to be published by PG Tips to promote its green tea project.

The floating ape was made up of 110,486 plastic leaves, and caused quite a stir amongst those who thought they had seen the end to PR stunts on the Thames following previous campaigns by Airbnb, eBay, and The National Lottery to name but a few. In my opinion, if it gets people talking about it and turns a few heads then it’s doing its job. But among the vast array of other PR stunts, brands are going to have to try harder to make sure they stand out and offer something different from other river clutter.

From one company trying to make a scene on water, to another who has drawn attention on land. The Government Communications Headquarters (GCHQ) joined Twitter on Monday allowing us to follow an organisation that has been following us for years. Naturally, the organisation’s appearance on Twitter has opened them up to a certain amount of abuse (just ask @Number10gov about that), but on the whole it seems to have gone down well. In fact, the GCHQ might even have a bit of humour, making sure that @007 was one of the first accounts they followed.

A Recipe for Trouble

On Tuesday, we were worried for our paellas and pavlovas as the news of the BBC archiving 10,000 popular recipes from their BBC Food website hit the social media hoards like a stale muffin hitting the Saturday Kitchen floor. All was not quite as it seemed though, the BBC played the ‘everyone feel sorry for us’ card by being forced to remove their recipes following the release of a government white paper stating that the BBC was hurting its commercial rivals by moving beyond their news remit.

Following the public outcry, the BBC announced that most of the recipes would be migrated to the BBC Good Food website rather than the original BBC Food site. The cynic in me thinks this all sounds a bit fishy. They’ve certainly received a lot of coverage for the Good Food site as a result…

On a more positive note Sine Qua Non was once again on the lips and fingertips of David Beckham on Wednesday evening as he announced that he has joined the family. Alas, it’s not our Sine Qua Non family.

The global superstar is often seen at the Sine Qua Non winery, with regular updates on his Instagram account. David, you’d be welcome to visit this Sine Qua Non family anytime…

Finally, a small PR stunt that caught that eye on Thursday morning was that of Ryanair. They announced special fares for British expats flying back home on the 22nd and 23rd June to vote in the EU referendum. The company has made it clear that the UK should stay in the EU and wants to get as many expats over to the UK to make sure that they voice this through their votes. Ryanair isn’t the only company to stand up and be heard when it comes to the referendum, Microsoft and Hewlett Packard have made it clear on where they stand, with Microsoft reportedly emailing their employees this week to strongly advise which way they should vote. With less than five weeks until the referendum, I think we are going to see far more companies become outspoken and defiant on their position in the run up to the vote.

Watch this space for more politically directed PR stunts – hopefully not floating down the Thames!