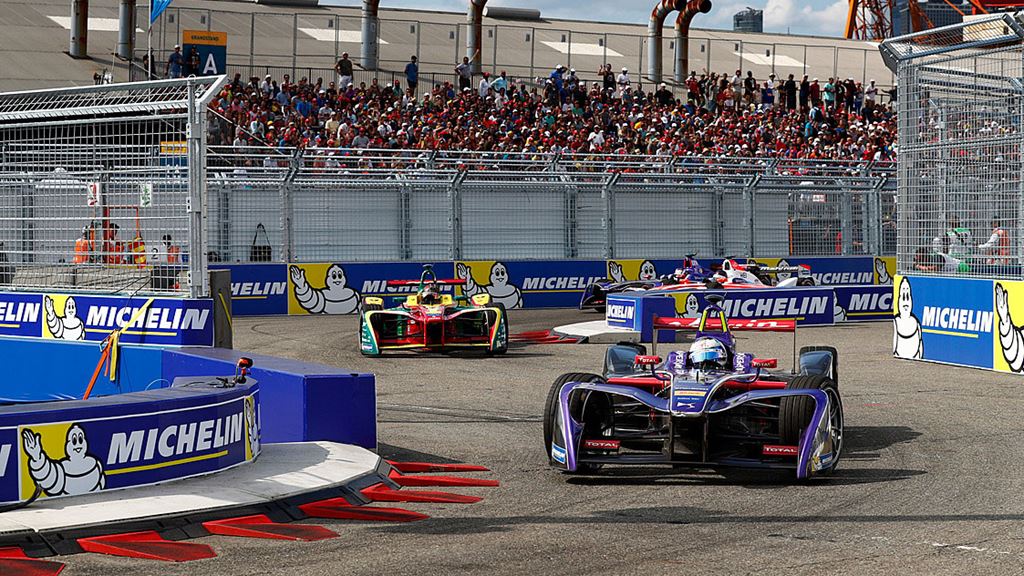 It’s been an industry-changing week of announcements in the motorsport and automotive sectors. It’s time to roll with the changes. The future has arrived, and it’s electric.

Once shrugged off by some as a futuristic concept, it is now becoming a reality. It’s time to get with the programme.

From an automotive perspective, this week’s developments can only be viewed as a positive step forward; fewer gas-guzzling vehicles polluting our roads, clogging up our atmosphere, and melting our icebergs.

Yet when it comes to motorsport, it’s a different story. People don’t seem to be warming as much towards this seemingly inevitable step change. Hardcore motorsport fans struggle to imagine a sport that lacks a growling engine, a whiff of fuel, and top speeds excess of 200mph. Right now, to many, the idea of electric cars being the future of motorsport is one that sits uncomfortably. Formula E, which has its season three finale this weekend in Montreal, in particular, is taking the brunt of this unease. It’s the devil that is single-handedly killing off those last petrol-soaked childhood dreams of the old school motorsport fan.

But should we be weeping in a corner at the potential demise of the sport, as we currently know it, or actually face reality and embrace this monumental change?

Change happens every day and everywhere. Sport isn’t exempt from this. Fans grumbled when goal-line technology was introduced in football, when video refs were brought into rugby union, and when hawk-eye was introduced to cricket and then tennis. These sports have embraced technology for the better. Just because a sport was originally created with one set of rules and one way of doing things, doesn’t mean that they shouldn’t change.

Motorsport has historically gone through lots of change: increased levels of safety, reductions in fuel usage, or the rise of pay-drivers. Yet, the shift that is occurring now feels bigger and more significant than any that has occurred before. The reality is that those who are grumbling about it are exactly the reason why it needs to change.

Automotive OEMs play a huge role in dictating the direction of motorsport and the success of many global series. Motorsport wouldn’t exist as a global business if it weren’t for these OEMs. Those fans who only know motorsport for its noise, smells and outrageous speeds, are not the future. They are not the audience that the OEMs are targeting for the future. It is the Millennials and Gen Z who they need to speak to and engage with.

The generations who subconsciously hold the values of corporate social responsibility far closer to their hearts than we potentially realise. These are the generations that do, and will, base their consumption habits on whether or not a product fulfils a wider purpose. That’s why automotive OEMs have to be reactive, it is why they have to be seen to be doing something positive for our world, and it is why motorsport needs to go with it, not fight it.

We should look at Formula E, not with a critical eye, but with a congratulatory pat on the back. To some extent, it is the trigger in this shift, and by all means it has done this by maintaining a lot of what we still love about motorsport. It has excitement, it has competition, and it has glamour. Most importantly, it has formed a highly attractive platform for automotive OEMs to show-off their technologies and prove to the world that they are ready for the electric revolution.

This weekend we get to enjoy the best of both old and new – F1 in Hungary, BTCC at Snetterton, WRC in Finland, as well as Formula E in Canada. For how long we’ll have the pleasure of both worlds remains to be seen…