Whether watching beside some vertical Pyrenean tarmac or at an office desk cursing buffer speeds (it’s for research, honest), nothing captivates a cycling fan like a stage of the Tour de France. It takes a special sort of fan dedication to enjoy six hours of guys pedalling up and down roads, especially as broadcasting of the historic event has over the past decade begun to fall to the curse of habit.

As the iconic race heads in the final week of the 2015 edition, coverage is of course extensive. Conducted largely from helicopter and motorcycle it provides impressive shots despite the blistering pace and linear worming of the race through 3,360 European kilometres. However, fans can be left feeling detached when fluctuations in weather and terrain – as well as horrific accidents, roadblocks and roaming beasts – lead to gaps and odd angles in the resultant footage.

Broadcasters often have to choose between key groups to show onscreen, their equipment overly stretched across the race spread. As recently as last year, a cameraman would gather road speed figures by filming the speedometer over the motorcyclist’s shoulder. All of this gave a sense of one trying to catch up to the action, rather than revelling in it. 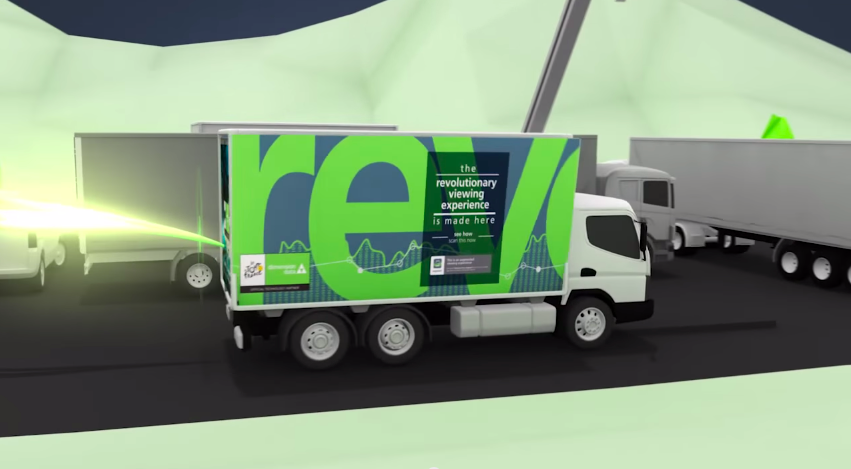 That is where the Tour’s new partnership with Dimension Data comes in. The South African IT infrastructure and services group is this year highlighting the use of big data management as the latest step of the Tour’s evolution. Rider-by-rider telemetry now fills those inevitable dark spots in the broadcast, with GPS trackers under each saddle contributing to complete spatial overviews generated by Dimension Data’s onsite data centre trucks and helicopters.

Each rider’s location, speed, elevation and more are now all metrics available at any point along the stage, manifested into endless data for public, team and press consumption through Dimension Data’s live tracking site, its YouTube channel and in existing television coverage. Time gaps on mountain climbs need no longer be estimated and team tacticians, combining this data with their existing readouts, can now assess and relay through team radios more accurately just when to release their sprinters.

Talks of further future tech at the Tour include drones, helmet cameras, individual power outputs and onscreen heart rates. This year’s GoPro partnership is providing some interesting perspectives, and the integration of these with Dimension Data’s HUD readouts into existing live broadcasts seems to be the inevitable next step as the organisers, ASO, continue to place fans deeper into the peloton than ever before.

Events like Henley Royal Regatta and Wimbledon tread carefully to balance tradition with new technologies and broadcast media to retain a special ethos, while appealing to new and existing audiences. Despite its long history, a beast as iconic as the Tour has a following that is both entrenched and hungry enough for stats thus organisers know it will not wilt under experimentation. So far Dimension Data has been successful in bringing fans closer to the action, and everyone seems to be enjoying it.

The live beta site is currently equipped to handle 2,000 views per second, a number that has been tested to the limit as traffic there and chatter on social media has been enormous. Fans in their thousands have descended and Dimension Data has delivered, throwing stat after stat and graph after graph out to the Twitter plains. Readouts might not replace a campervan trip out to the mountains, but as any cyclist will tell you – you can never have enough data. 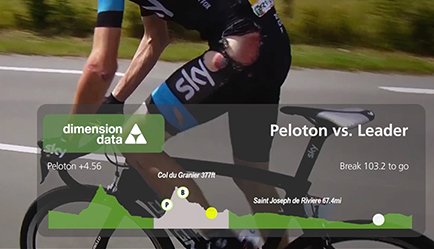