Emoji in Vogue: Language or Laziness? 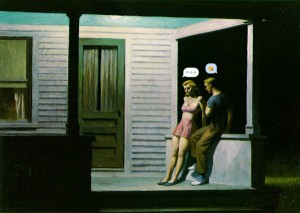 PR and Communications Coordinator Matthew Perryman (@mflperryman) flips some tables (╯°□°）╯︵ ┻━┻ over the use and overuse of emoji.

Five of my seven last-received WhatsApp messages contain some form of emoji, these iconic icons that have become such a significant part of our daily conversations. Three of the common faces in their usual contortions, one of a cat with a shocked expression and paws to its cheeks, and one cute-looking octopus despite its inaccurate limb count. They have been labelled as the first global language; they have been heralded by the iPhone generation as the hieroglyphs of our epoch.

To those less-attuned to the quick-fire messaging apps that have been their breeding pits, the eager devolution of language through 144-pixel iconography may seem odd. What started as simple text emoticons 😉 blossomed into the multiplying disease of picture-based emoji.

But reducing daily practices to their swiftest form is the goal for which we most-often employ technology. Sometimes it works – our kettle at SQN Towers has just been replaced by a dispenser that saves vital minutes on the coffee run – but the instant availability of boiling water is not the same as the unravelling of an intricate written language system developed so painstakingly throughout humanity.

Emoji-phobes claim that our future will be dull and punctuated by electronic grunts and they may not be far wrong. History repeats, languages die. After a few thousand years and few billion emoji-vocates more, this could easily happen again. There are now style guides on dressing like your favourite emoji. Let that sink in! Even if we fled this madness and hid out in the most desolate caves of the most ancient mountaintop havens, Neolithic emoji would grin down from the mossy walls. Those cavemen didn’t know any better… But we built upon their art and this is how we thank them?

Emoji-focus was recently renewed due to a racially-inclusive release of cosmopolitan cartoon faces (which does tie in with its recognition as a global medium) but Apple’s refusal to share designs with other format providers reveals the distinction in their minds between racial and technological equality. Amusing imbalances of logic seem to be a characteristic of emoji news, and the release will surely cause more controversy than it will solve.

They have of course now been normalised in business but how does customer opinion change with their use? Do they engage with and feel comforted by your wanton informality, or do they quake at having ever considered you worthy of investment? How does this play in with cultures where formality is almost paramount?

The prominence of emoji is sure to grow, considering the influx of the tech industry and youthfulness of its leaders. Billboards, magazines, broadsheets – I would not be surprised if they spread to every communication level to become a progressive understanding between the ultra-youth business elite of the future and their emoji-raised customers, while those who speak the Queen’s English fade along with it.

A recent study showed that 72% of 18-25 year olds find it easier to convey feelings through emoji than words. A perplexing statistic, but an important one to any business with a youthful demographic. The tone of the written word can be confusing, such as conversations between those who do not share a first language, and emoji does offer indication in such cases. But is communication in general so hard to decipher that we need images to confirm intent?

Buzzfeed recently attempted the first political interview using emoji replies alone. It’s clear that although Scottish Labour representative Kezia Dugdale has a firm grasp on emoji use, it won’t ever be able to stand as a complete language on its own.

I find it hard to believe that our language is not cutting it these days, especially when colloquialisms, slang and text-speak provide even simpler means of conveying oneself. Sidestepping vital language skills will set our children up for intellectual collapse – imagine a future of communication only through cartoons, the reduction of literature into comic emblems under indoctrinated justifications like ‘wow, how current!’ and ‘gosh, so intuitive!’

We manage client communications to ensure that their desired tone comes across in whatever medium they utilise. Be it press release, web content or tweet form, we make an art of maintaining public perception.

Languages are filled with satisfying subtleties and turns of phrase steeped in tradition. Emoji should never overtake these. Supplement, perhaps… accentuate, if you must… But never overtake. Read a book, learn some words – widen your vocabulary and not the opposite. Your client will thank you for the quality of their PR, and you will chuckle when they do so in an email signed with a grinning emoji.