SQN Blog-vent Calendar: 11. What can PR and Comms learn from Netflix’s Analytics Model? 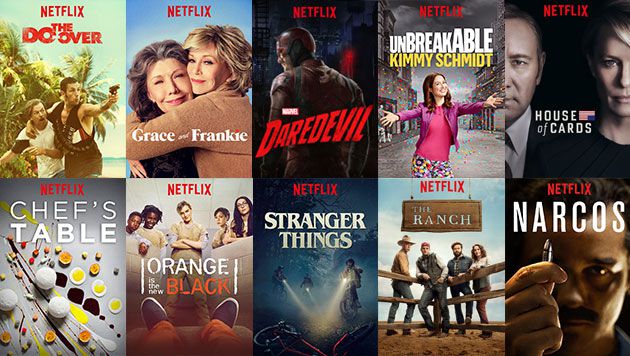 House of Cards. Orange is the New Black. Unbreakable Kimmy Schmidt. It seems that year-on-year, Netflix is to be able to delve into its TV-magic recipe book and concoct another hugely successful series that guarantees success to all those involved with it.

So it comes as no surprise that this year they have been at it again. With the release of sci-fi hit Stranger Things, Netflix has not only produced another critically-acclaimed series, but one which has enhanced awareness of their company through its ability to enter the national and indeed international discussion.

Netflix appears to have a habit of creating shows that get people talking. The show has become a cultural touchpoint this year, uniting fanbases from across the globe on forums such as Buzzfeed in praise of their shows and highlighting Netflix again as a service that understands exactly the sort of content that its audiences wish to see. It has made stars of many of its actors, most notably Millie Bobby Brown, whose portrayal as the psychic child ‘Eleven’ has brought her to international attention. A quick google of ‘Eleven’ and ‘Halloween costumes’ will show you just how big an impact this show and in particular this character has had on the popular culture of 2016.

But how is it that Netflix can seemingly continue to produce pop culture behemoths on a whim? Well in fact, there is nothing at all whimsical about the streaming giant’s production line.  Indeed, many of the shows we now watch and love are the product of a very methodical and calculated analytical approach – one from which we in PR and Comms could learn a great deal from so as to better connect with our audiences.

Many industry pundits have pointed out that Netflix can often guarantee that their show is going to be a hit, due to the fact that many decisions made within their respective production processes are based on data drawn from their viewing analytics.

For example let’s take House of Cards, one of Netflix’s and arguably most well-known efforts. Drawing from their user data compiled from a pool of around 30 million subscribers at the time of production, they already knew that the original British version of House of Cards had been a particularly successful programme amongst their audience. In addition to this, they were also able to note the popularity of director David Fincher and lead actor Kevin Spacey’s movies on the service. Consequently, with Fincher signed up to direct and Spacey cast as the show’s main protagonist Frank Underwood, Netflix were happy to commit much more to the project than other networks, as their analytics had already given them enough confidence that it would be a success. They knew what their audiences wanted before they even did.

This is a model that they deployed similarly with Stranger Things. For many broadcasters, the idea of commissioning a series that effectively serves as an homage to the Spielberg-esque sci-fi films of the 1980s would not seem like a viable prospect in 2016. However, having noted a recent nostalgia boom that was trending within the key 18-34 demographic of their subscribers, Netflix knew from their big data that there was a huge audience waiting for such a series. This foresight has since been vindicated, as although Netflix refuses to divulge their official viewing figures, industry analysts have slated Stranger Things as one of the service’s biggest successes to date. They have even placed it ahead of the likes of House of Cards and even Making A Murderer, Netflix’s seemingly ubiquitous true crime series which debuted in December 2015.

Do these Netflix success stories prove then that big data is indeed the way forward? With social media already playing a huge role for us in the worlds of PR and Communications, a role that is only going to get bigger, is it time for us to spend much more time and effort reviewing subscriber and follower analytics?

Nothing is more vital than resonating with our audiences. In their commissioning process, Netflix have shown that one way of ensuring success with a target group is to learn from exactly what they like and dislike. With the analytics that we all now have at our disposal, it would appear clear that to follow Netflix’s lead on this front could provide us with a much more efficient way of connecting with our audiences.