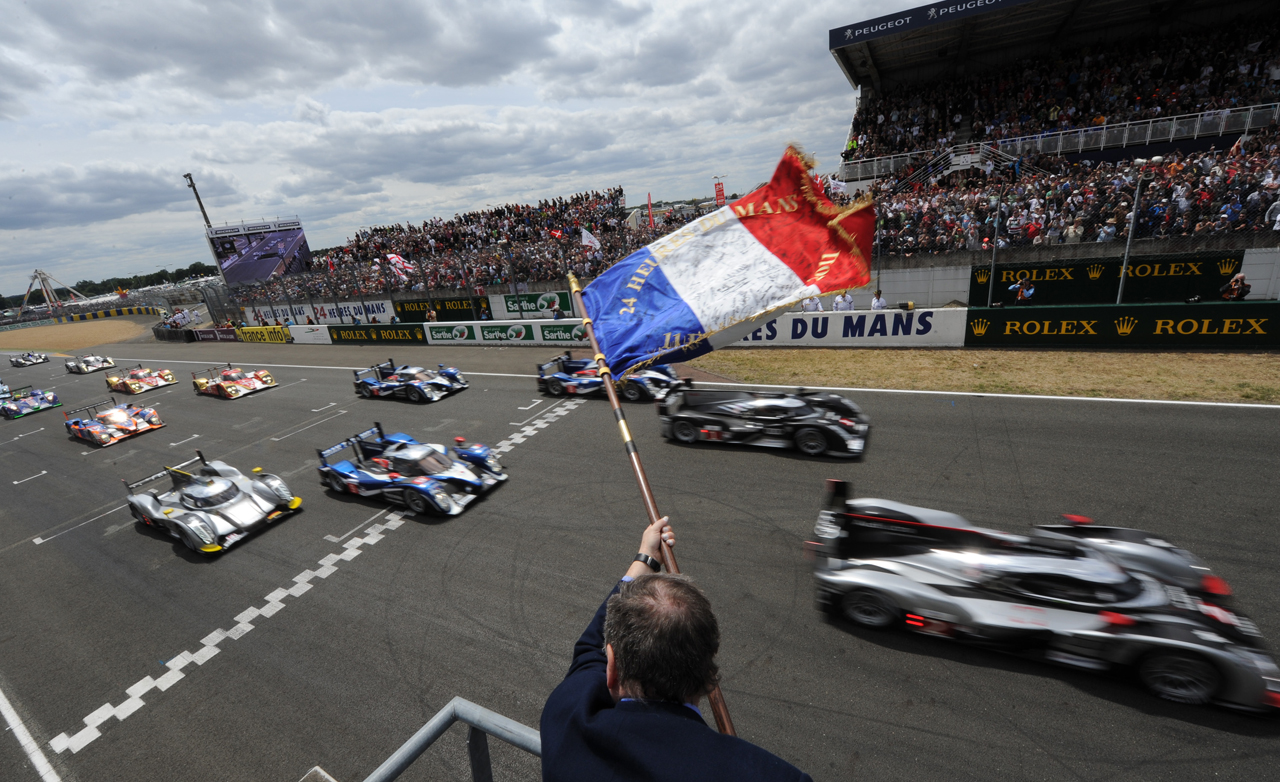 24 hours raced. 384 laps completed. 5,233km covered. 330.8km/h top speed. 22,984 gear changes. Those are just the stats from the race winning Porsche 919 Hybrid. Then there is the small matter of the 2,22 kWh of recuperated and used energy per lap, enough to supply a family home with enough electricity for 3 months. Welcome to the 24 Hours of Le Mans.

Every June around 250,000 petrol heads descend on the small city in central France for what can only be described as one of the world’s greatest motor races. Like Glastonbury or Wimbledon, Le Mans has become synonymous for just one thing. Since the first running of the race in 1923 the event has become steeped in history, prestige and importance, but what is that makes it such a special race? Why is it still relevant to manufacturers today?

Pounding around the same track for 24 hours without the glitz of F1 or the entertainment of World Rallycross doesn’t sound like that attractive a proposition for a manufacturer and yet the likes of Audi, Bentley, BMW, Ferrari, Ford, Jaguar, McLaren, Mazda, Peugeot, Porsche & Toyota, to name but a few, have all tried to master it with varying levels of success. Still to this day carmakers build vehicles specifically to win the 24 Hours of Le Mans because the event is seen as the ultimate test of a car’s speed, reliability and consistency. If you succeed in this race then you have proved that you can build a capable and reliable car, and if you win on Sunday then it helps to sell cars on the Monday.

In the last decade the rate of technological advancement in the top class of cars (LMP1) has been staggering with the advent of hybrid technology and decreasing reliance on fuel, some could argue that these cars are more advanced than those in F1. This alone proves the value and importance of the 24 Hours of Le Mans, that manufactures are willing to spend millions on building cars that define them as a company and contain technologies that are transferred to their road cars.

When you consider that several manufacturers are spending lots of money on their vehicles and that they are all competing for just one thing – the prestige of being winners of the 24 Hours of Le Mans – then you can begin to see what makes this race so special, so important, and so relevant. The rivalries, the reputation, the unexpected, it all makes for one fascinating and addictive event. That is why over a quarter of a million people descend on this small town every June, and why millions of eyes around the world switch on their TV, flick through their Twitter feeds and listen to their online streams. This event has a way of luring people in like no other motorsport event.

The 2016 edition of the race was one of the most dramatic in history with the race leading Toyota coming to a stop on its final lap and handing victory to Porsche. Millions of people around the world watched, listened and read in a stunned manner as they couldn’t believe what was happening. A simple ‘Heartbroken’ was the response on the @Toyota_Hybrid Twitter account. A response that harboured over 7,500 retweets, 6,500 likes, hundreds of comments of support, and ensured Toyota was trending around the world. Just for a small moment in time on that Sunday afternoon in June it felt like all the eyes of the world were focused on this 13.269km stretch of tarmac in central France. It evoked joy, sadness, anger and disbelief. That is why manufacturers keep coming back. That is why the 24 Hours of Le Mans is so special.

At SQN we are already looking forward to the 2017 edition of the 24 Hours of Le Mans, its unpredictable nature ensures that we will be watching avidly. We also understand and appreciate the value and stature of this event and how important it is to create a successful activation strategy to ensure that manufacturers capitalise on what is one of the world’s greatest sporting events. Bring on 2017!