Takeaways is a new feature of the SQN blog where one of the team talks about what they learned at a recent event, be it motorsport, technology or something else altogether. PR and Communications Coordinator Matthew Perryman (@mflperryman) tackled a pilgrimage journey to cycle from London to Paris to soak up the end of the Tour de France atmosphere.

Over the weekend, two friends and I cycled from London to Paris. I put away my racing bike, packed my panniers for two nights. I went out to the stable to fetch my old steel packhorse, offered it some new components to make up for my neglect, and off we went.

Plan for the worst, then double it: When plotting in advance, be prepared for the worst. If it can go wrong, it will. We were fated to pick the wettest day of 2015 to set off, and the 85 miles from London down to Dover were supplemented with 60mm of rainfall. The roads were more like rivers, the cycling more like surfing. Punctures and other mechanicals plagued our progress, as well as a protest-induced price hike; our 10pm ferry crossing was positively hypothermic and I wouldn’t have been surprised if Charon himself was at its helm. Waterproofs were waterlogged, spirits were drowned – two minutes off the boat and my friend went down when navigating a rogue tram line – but the midnight miles from Calais to Ferques were joyous and worth it all. 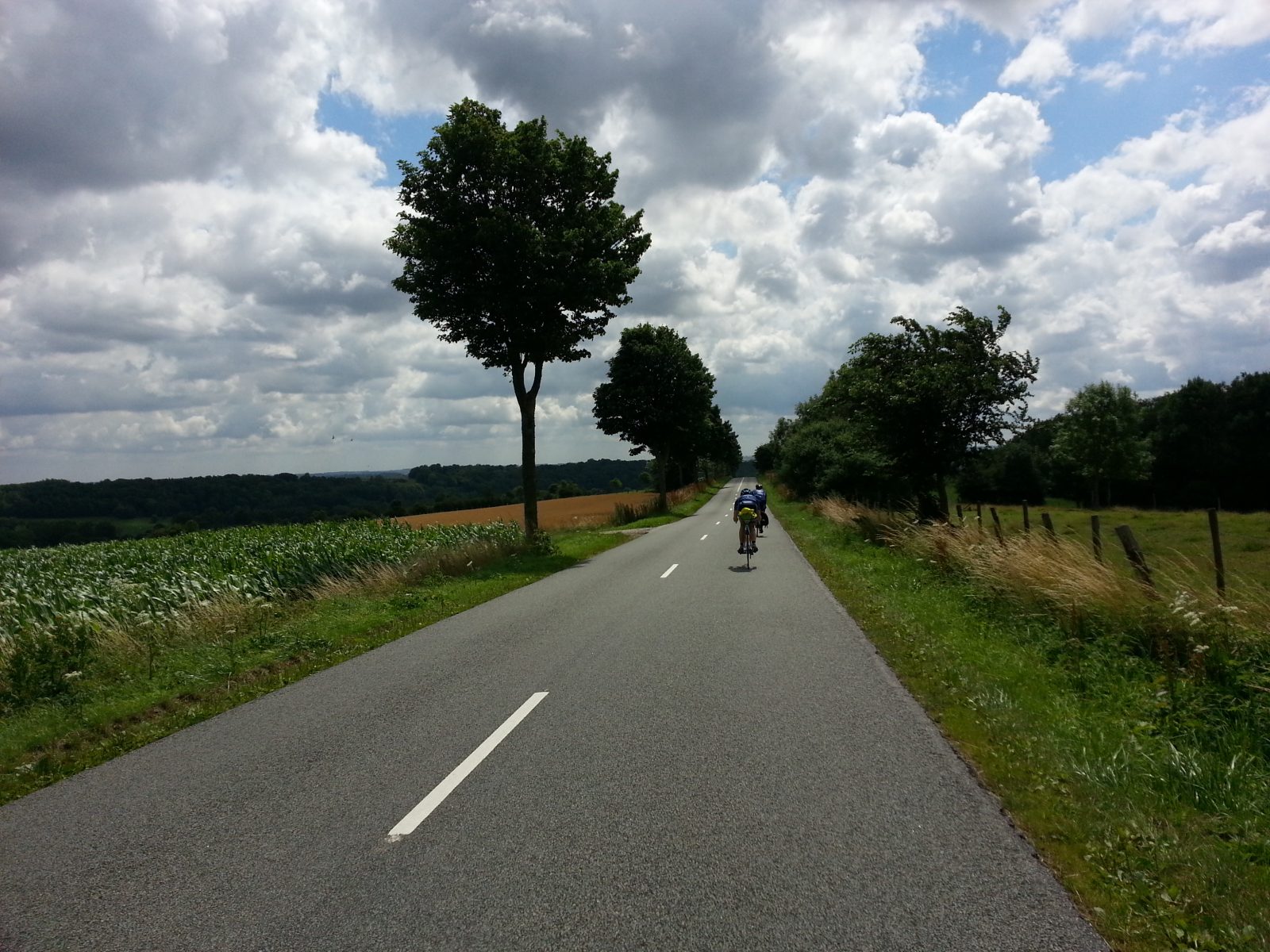 No risk, no reward: Saturday was the antithesis of that cold hell, with 104 glorious miles spent cycling up through valley passes that rose as sweet as the boulangerie treats we wolfed down. We descended the other sides, strafing barley fields alongside skipping deer. We rode bridges over sunlit streams where garçons fished, took in the beauty of farmhouses in half-collapse. It was at once familiar and foreign, like Oxfordshire yet at points Mediterranean. Down from Ferques to Paillart, by way of pizza-stop at Amiens, we ended the day with a stay at a remarkable manor house gîte tucked in the midst of a forest. All regrets were gone, our grins as bright as the sun.

Things go full circle: Sunday started pleasantly enough, and a light rain a few hours into our ride could not dampen morale after Friday’s soaking. We cruised along the open, wind-whipped straights down to Clermont then skirted the sides of the Thérain, coasting the lazy river roads above which sparrow clouds fluctuated. The local dogs were eager for our ankles and made sure that we did not cycle too slow. Then the skies decided that enough was enough and unleashed another downpour. We should not have been lulled by fleeting fortunes, but that is what one tends to do. We did not plan for our trip to Paris to coincide with the final stage of the Tour de France but when we realised this it became a goal to catch it. However, misdirection marred our final 75 miles to the capital and such hopes were promptly lost. 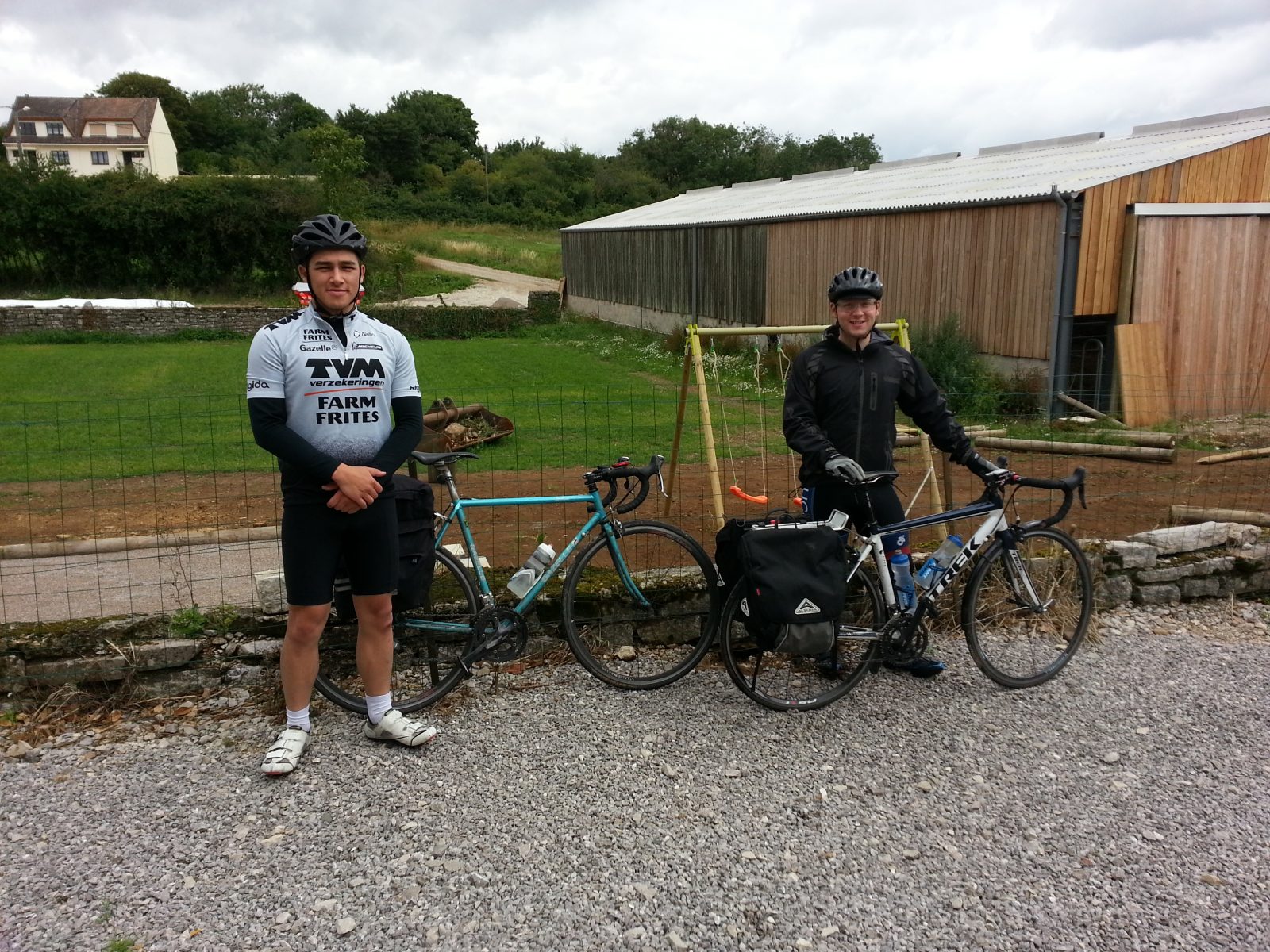 Take your time: It is easy to get caught up in the competitive nature of cycling, especially with rankings-based applications like Strava and the orientation of the sport around superlight materials and marginal speed gains. We put all that out of mind, learned the contours of the country, absorbed its scenery and sounds. It was some of the most fun we’d ever had when cycling.

Positive social impact of sporting events: England’s stance on cycling is volatile, and oddly so. Celebrations of Team Sky and British Cycling are weighted by driver warfare. While unification is seen in football, rugby and cricket, there is a rift where cycling is concerned. As Baudry de Saunier said, “Cycling has encountered more enemies than any other form of exercise.” Chris Froome has just won the Tour for a second time – the first time a Brit has ever done so – but doping claims threaten to dilute his historic achievement. 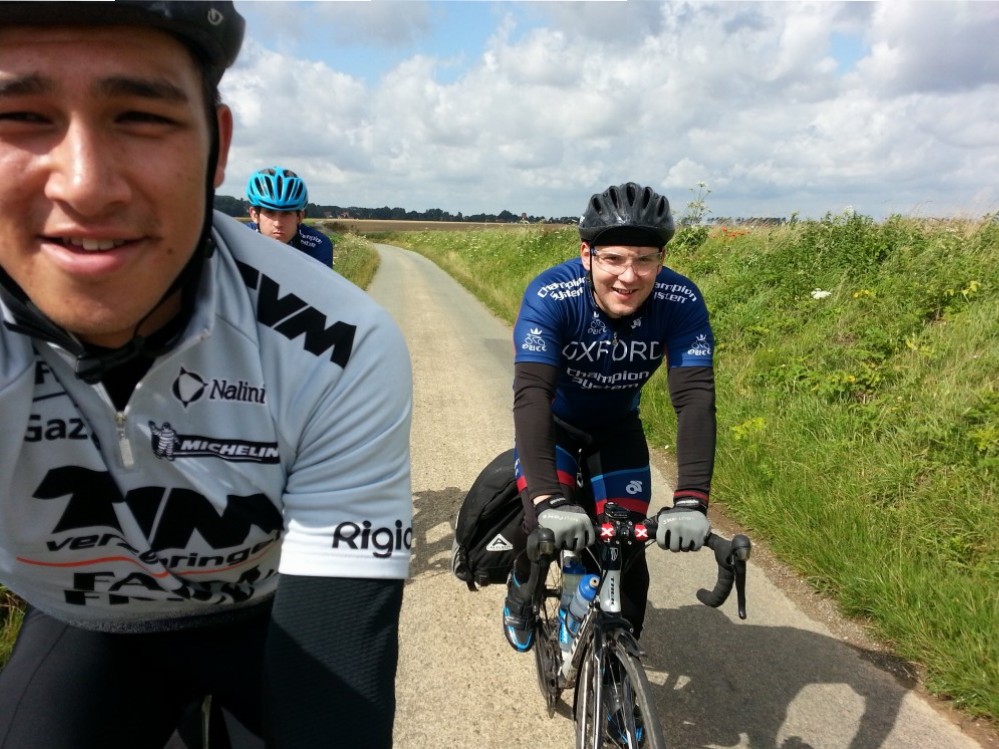 France, however, has a blanket appreciation for bicycles. From the claps and nods of those whose towns through which our humble journey passed, to the cheers of Parisian drivers as we held our own sprint finish to reach the Eurostar on time – the nationwide sensation of the Tour could be felt at every point. Best of all, our inn-keeps fed us extra.

Help others, help yourself: The social norms and strategies in pro cycling, as expanded upon by philosopher David Papineau’s article on altruism within the sport, involve separate riders coming together to achieve a collective goal. The three of us did our bit, carrying each other in turn against headwinds and up hills as a cohesive unit, and while of course we were not trying to beat each other, our contribution of aerodynamics in the name of mutual glory was much the same.

Our adventure encapsulated simultaneously some of the highest and lowest moments of my life, as these sorts of trips always seem to do. Cycling is one sport in which conditions cannot be ensured, and I have not only gained a new understanding of the pro cyclist’s plight in tackling stages in the rain but a new respect of rain itself – perhaps I will think twice before shirking a ride due to showers in the future. We may have missed the Tour de France but we had our own, and the stakes were just as high.