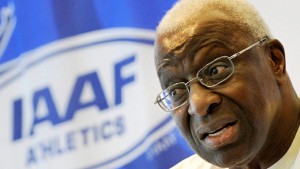 It’s been a difficult year for sport with the collapse of long-founded institutions that, whilst often speculated, could not have been anticipated. We stood on the sides and watched the mighty fall, and must now wonder what to do with the scattered pieces.

FIFA’s destruction by Blatter’s hand lit a heightened scrutiny in the sports world, shortly followed by renewed investigations into the IAAF. Small-scale deviancy has always existed in athletics but the revelations regarding Lamine Diack and his organisation’s doping complicity were enough to entirely undermine the role of ruling bodies. The honest were tarred by the cheating few and thousands of medals and records – not to mention careers themselves – were thrown to doubt.

Whilst those two groups reeled, the usually cordial tennis world was shaken similarly by the BBC and BuzzFeed’s match-fixing accusations. It was a dark turn for the benign game with world no.1 Novak Djokovic confirming he was offered money to lose, before defending accusations that he took it. Just last week, former world no. 187 Nick Lindahl pleaded guilty to the same crime.

These tremors unsettled the landscape for sports marketing in 2016, but this needn’t be the case. Sure, we must be cautious and aware of possible deceit. But anyone is capable of dishonesty, and it is how we deal with it that matters.

Brands, it seems, are no longer content to turn a blind eye and wait the storm out, as Coca-Cola and Visa showed by standing against the FIFA scandal. They made bold public announcements peppered with threats to pull out and, whether or not they intended to, the lack of silence was significant. 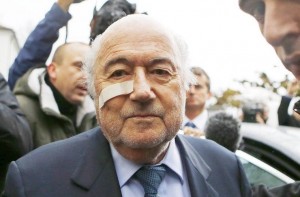 Football has survived – too popular to ever be in danger – but the nefarious dealings of FIFA suits did not tarnish the beautiful game itself. The IAAF, however, must undergo drastic reform for any hopes of future credibility, and nothing is more drastic than Adidas’ announcement earlier this week.

The sportswear giant will bid the IAAF farewell and withdraw its 11-year, £23million sponsorship. The deal was valuable but integrity is more so – Adidas is showing other brands the importance of clarity in investment, the sort you can’t count on when involved in Lord Coe’s balancing act.

Dishonesty is not marketable, and brands like Adidas are making this clear. Will others take note of these actions, and influence not only fan purchases but the integrity of the sport itself? Will the autopsies of FIFA and the IAAF conclude an era of corruption and absent-minded sponsorship as brands find confidence in their voice and control in their involvement?

Expect an increase in legacy activity as brands and sports come together to establish a compassionate and clean image, and expect the continued boosting of fan inclusion through VR, big data, mobile and other methods that channel engagement and assure fans of their worth.

Success in 2016 will be found in this valuation of fan belief, a trust that is now paramount to maintain, once taken for granted but now up in the air. Sports are not only under examination by their fans, but now their sponsors too.

The cobwebs of crooked conventions have been swept away to expose a fresh landscape, primed for expansion by brands with transparent activation at their behest. Opportunities for up-and-comers in a new world will characterise 2016 and, when facilitated through an agency that cares about transparency, will help reinvigorate the morals behind the material value of sports sponsorship.