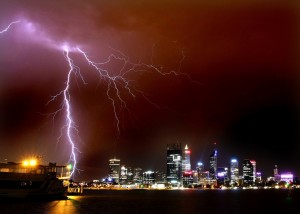 The New Year was accented by the UK release of Twitter Moments, the service that accumulates content at the pinnacle of various topics for your enhanced perusal via the platform’s lightning bolt tab. It has received a mainly positive public reception – but professional opinion has not been so kind.

The feature, labelled by Twitter as its most important yet, will play a significant role in the social media giant’s plans to boost consumer engagement and ad revenue. Similar to Twitter’s recent Polls feature, which provides average souls the power to make their opinion count, Moments endeavours to drop users right into the hottest topics. But brands have only recently been able to access Moments as an Ads outlet – and there has been shock at the price of the privilege.

Digital ad cost fluctuates like any physical premium, so perhaps the cool $1million to get your foot in the door makes sense. But given the dwindling user growth that plays central narrative to its latest reports, has Twitter made some fundamental mistakes in its approach?

The company is idling, having recently lost several key executives, and has been tearing itself apart over the character count conundrum. Reigniting growth is rightly key to Twitter’s thinking and so has finally hired a CMO in Leslie Berland, once EVP of global partnerships at American Express. By deploying Berland, Twitter hopes to boost interest by more effectively telling the story behind its platform and highlighting just why the world needs it.

She has extensive experience encouraging investments from giants like Apple, McDonald’s, Uber and Samsung – but what about the small businesses with big stories to tell? How does Moments work for them? Simply put, it doesn’t.

Moments does acknowledge the platform’s efficient story-seeking origin and its ability to reach a phenomenon’s crux at incredible speed, but the focus on celebrity chit-chat only highlights its gaping holes. There is no business tab, no personalisation features, and certainly no ability to take part for less than seven figures. And so a queue of budding businesses has been turned away.

Twitter claims we will see stories “from all kinds of brands across many different business verticals” and that it’s “excited to see how fun, informative, and entertaining stories from brands come to life within Moments.” If Berland wants to succeed in this, then reduced pricing is certainly the place to start.

We all know a story is more effective if it is relatable. Sure, it can be fun to read about the super-rich now and then, but it is usually their downfall that satisfies the most. It will be interesting to see how Twitter hones Moments into a platform for the everyman, as for now it seems the little blue bird has flown a bit high.

Twitter has always emphasised its open and free status, and we have seen that the average user has an equal shot at popularity as any celebrity – so why kit out Moments with an exclusivity that bars millions of keen brands?

Twitter needs to provide a voice, not just a view. You can’t put a price on personality but that’s what the company is doing, and in the process it’s gutting its own.

Written by SQN PR and Communications Coordinator Matthew Perryman @mflperryman. He has a background in publishing and loves everything to do with bicycles.