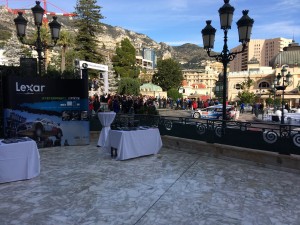 It’s only the third week of January but we’re reaching for the passports once again – this time for our first motorsport event of 2016. Destination: Monte-Carlo.

Yes, it’s that time of the year when the Principality plays host to the season-opening round of the new World Rally Championship. It all seems to come round in a flash, and for one of our long-standing clients that is a very apt description…

We are delighted to see the extension and upgrade of the partnership between WRC and Lexar – world leaders in flash memory products. It was an introduction we facilitated back in 2013 that led to Lexar’s initial foray onto the exciting world rally stage, so we’re thrilled to see that partnership continue to flourish into its third season.

Here at SQN Towers, we’re fans of all this tech and sport, so for a company like Lexar to be involved in WRC is the perfect match in our eyes. The upgraded partnership will see the two parties build further on the existing alliance and open up new areas of collaboration.

One such avenue will be the evolution of WRCTV – the Championship’s dedicated online channel – with Lexar products enabling the WRC to improve its production at this season’s 14 events – starting at Monte this weekend.

Lexar’s memory cards can withstand the intense heat of Sardinia or Mexico, or the cold temperatures expected the opening two rounds in Monte-Carlo and Sweden – WRC is the ideal platform for Lexar to demonstrate the potency of its product range.

The company’s products also make life easier for WRC TV’s crews, reducing transfer time to make editing more efficient and cutting down the time it takes to get content out to WRC’s passionate fan base around the world.

We are proud to have been part of this fascinating partnership and to see the benefits for both Lexar and WRC. As we pack for the opening weekend of a brand new WRC season, it is exciting to think about what activation plans lay ahead for Lexar on the WRC stage. One thing’s for certain, there’ll be plenty of memories – and Lexar will be there to capture them all. 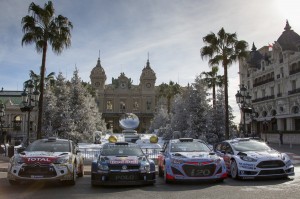 If there is something that we all have in common, it’s that one particular ‘c’ word has dominated our lives in 2020. However, as we discussed earlier this year, out of this ‘c’ word came another – creativity. When the going gets tough, communicators get creative, and whether in PR, sponsorship or wider marketing, we’ve witnessed some wonderfully […]